Bilateral angiosarcoma of breast in a young lady

A 29-year-old unmarried lady was presented with bilateral breast swelling for 6-month duration. After bilateral mastectomy with axillary dissection histopathology report showed low-grade angiosarcoma of left breast and high-grade angiosarcoma of right breast. CT scan thorax revealed right hilar and right mediastinal lymph nodes. The case is being reported because of its rarity.

A 29-year-old unmarried female presented with complaints of bilateral breast swelling for past 6-month duration. There was no associated history of pain, nipple discharge or swelling in axilla. There was no positive family history. During October 2006 she had a similar swelling in the right breast, FNAC of which showed phylloides tumor. She underwent wide local excision in December 2006, biopsy of which showed angiosarcoma of the breast with free margins. She received no further treatment before she reached our hospital. The swelling in the right breast had recurred with another new swelling in left breast. FNAC from both breast swellings showed spindle cell neoplasm. Her metastatic work-up was negative. She underwent bilateral mastectomy with axillary dissection on March 2008. Histopathology report of surgical specimen showed low-grade angiosarcoma of the left breast [Figure 1] and high-grade angiosarcoma of the right breast [Figure 2]. Immunohistochemistry of right breast was done which showed cells positive for factor VIII. On microscopic examination, histology of low grade showed irregularly dilated vascular channels lined by flat endothelial cells and histology of high grade showed proliferated polygonal or spindle-shaped, pleomorphic endothelial cells with anastomosing vascular channels. None of the bilateral axillary node was positive for malignancy. In view of the histopathology, she was advised further adjuvant therapy with local irradiation over right breast. During evaluation before radiotherapy, CT scan thorax revealed right hilar and right mediastinal lymph. CT-guided FNAC was done from mediastinal node, which showed metastatic deposits. Radiotherapy was given to right breast and mediastinum. Post-radiotherapy CT scan thorax showed much regression in size of mediastinal nodes. The patient was given adjuvant chemotherapy with anthracycline/ifosfamide-based regime in dose of ifosfamide 2 g/m2 IV (days1-5) and doxorubicin 25 mg/m2 IV (days 1-3) every 3 weeks for six cycles. Now this patient is under close follow-up. 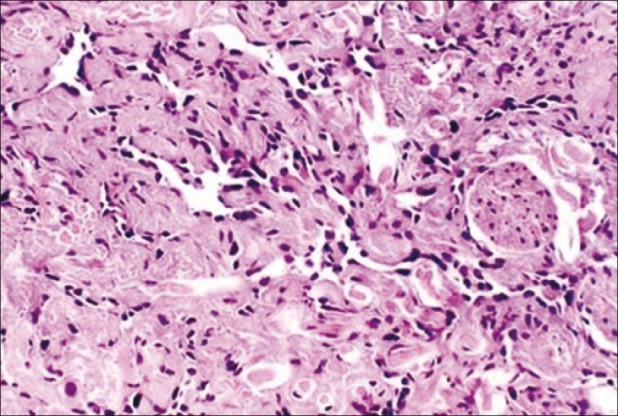 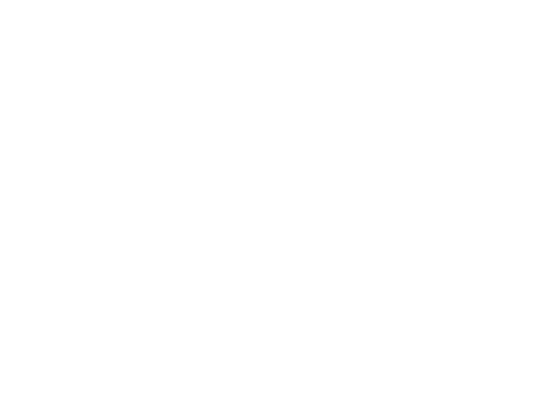 Angiosarcoma may arise in either blood or lymphatic vessels. Soft-tissue sarcoma of breast is poorly studied because of its rarity. Less than 1% of malignant breast tumors are of this variety. It is hormone receptor negative 80-90% of the time. A histologically distinguishable low-grade variant has been identified that does not metastasize frequently but is still prone to local failure. These uncommon lesions uncommonly metastasize to axillary nodes. Antecodal evidence suggests that they respond to therapies associated with sarcoma treatment better than used for carcinoma of breast. In primary angiosarcoma initial presentation was with bruise and there was a latent period before the diagnosis was established. Prognosis after surgery was excellent. High-grade lesions appear to benefit from adjuvant radiotherapy in addition to complete surgical excision.[6] Of 15 published adjuvant studies included in the meta-analysis, only two Rizzoli and Bergonie showed improved survival with the adjuvant chemotherapy in soft tissue sarcomas. These studies since the 1997 meta-analysis showed conflicting results regarding the benefit of anthracycline and ifosamide-based chemotherapy. Several chemotherapy treatment options have been tried in patients with angiosarcoma including paclitaxel ± gemcitabine, docetaxe ± gemcitabine, doxorubicin ± ifosamide, cisplatin, etoposide and various combinations of these agents.[7] These studies may be a rationale for some physicians or patients to proceed with adjuvant chemotherapy. The survival is closely related to the histological grade. The 5-year disease-free survival rate is 76% for low grade, 70% for intermediate grade and 15% for high grade.[8]