A 34-year-old male, chronic smoker, presented with weight loss of 10 kg in last 2 months and two episodes of scanty hematemesis.

A subcutaneous nodule [Figure 1] was noted in lower chest on the left side, between 11th and 12th rib, was measuring 2 × 1.5 cm, and was nontender and fixed. Liver was palpable 7 cm below the costal margin. 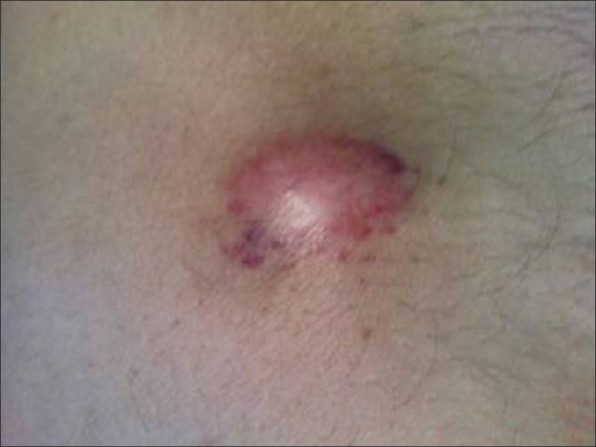 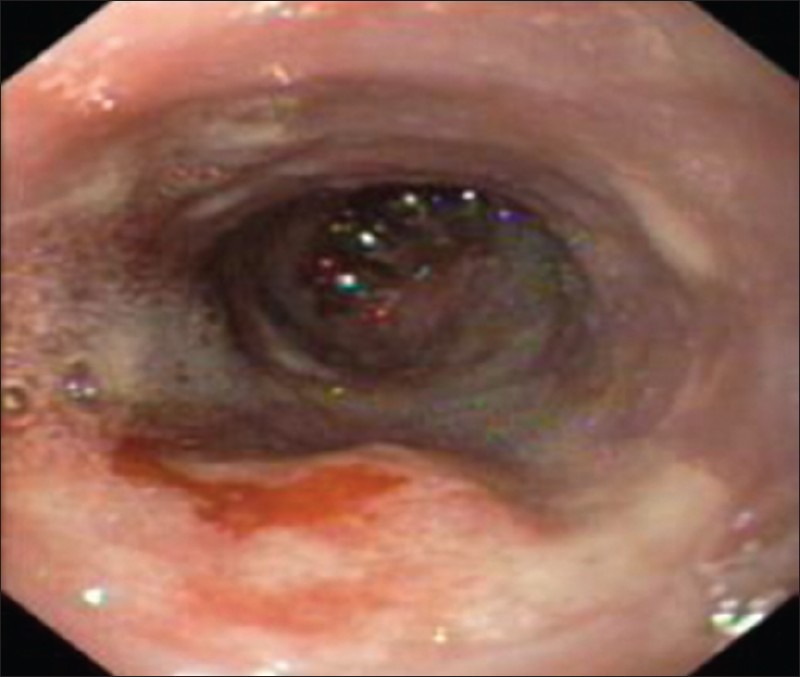 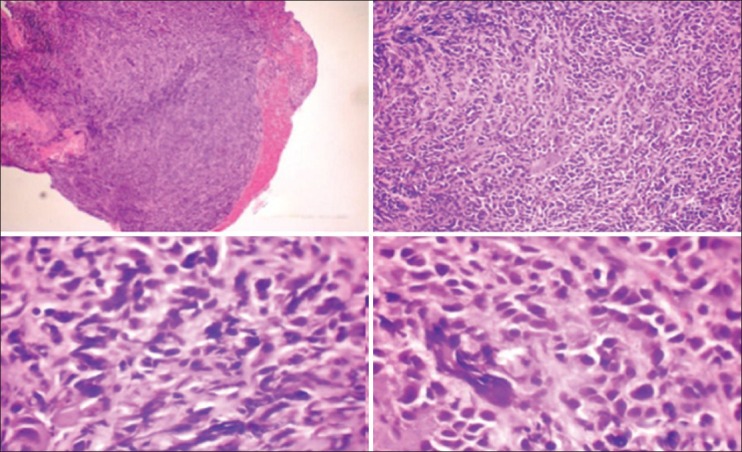 Cutaneous metastases from malignant tumors of internal organs account for 0.7-9% cases. They are common in breast, pulmonary malignancies, and melanomas. Cutaneous involvement occurs due to hematologic or lymphatic spread and presents as nodules or papules. Skin metastases are rare in esophageal squamous cell carcinoma. Common site of metastases has been reported to the chest and abdomen.