Regarding the study testing the addition of gemcitabine to concurrent chemoradiotherapy in cervical carcinoma: Clarity needed 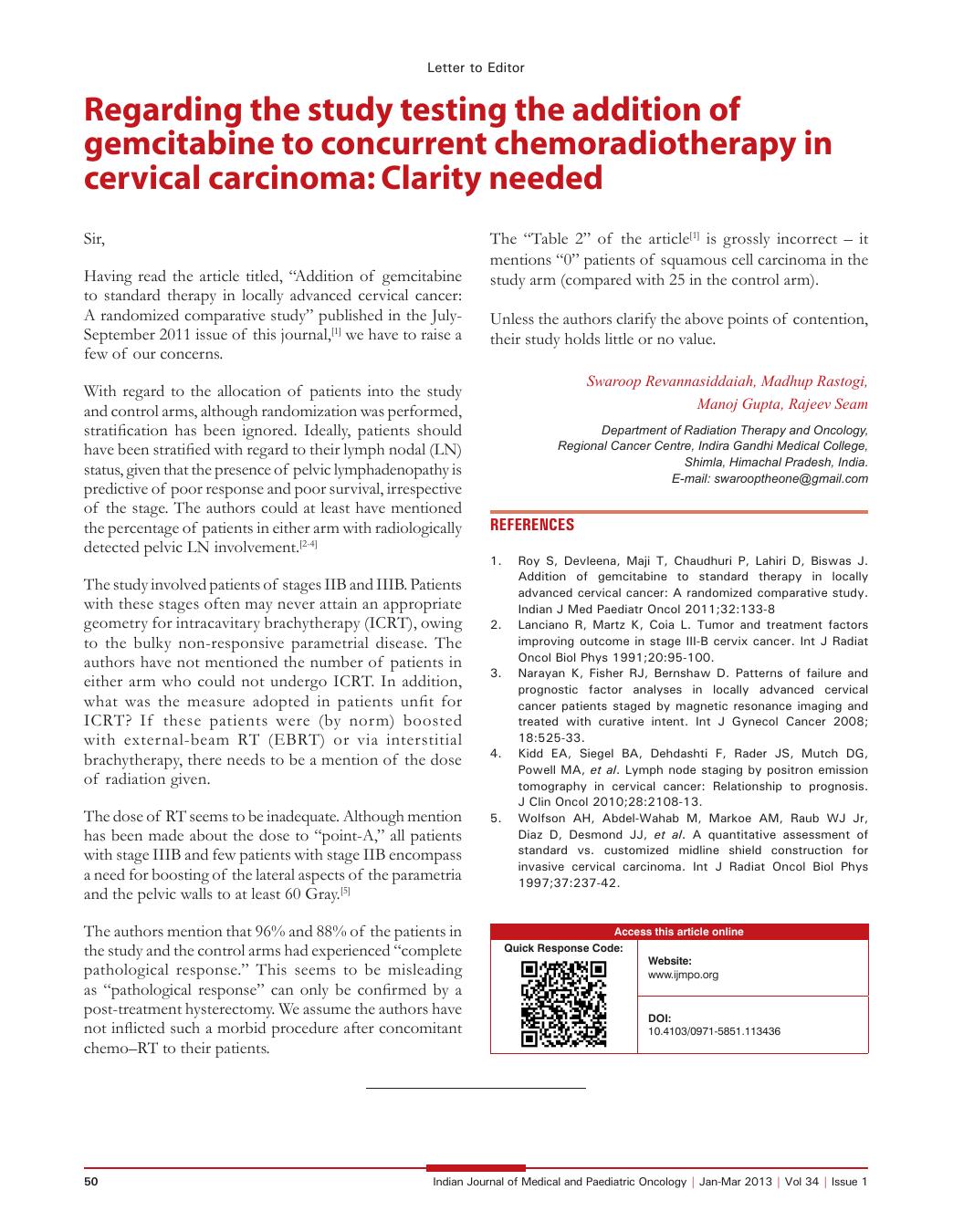 Having read the article titled, “Addition of gemcitabine to standard therapy in locally advanced cervical cancer: A randomized comparative study” published in the July-September 2011 issue of this journal,[1] we have to raise a few of our concerns.

With regard to the allocation of patients into the study and control arms, although randomization was performed, stratification has been ignored. Ideally, patients should have been stratified with regard to their lymph nodal (LN) status, given that the presence of pelvic lymphadenopathy is predictive of poor response and poor survival, irrespective of the stage. The authors could at least have mentioned the percentage of patients in either arm with radiologically detected pelvic LN involvement.[2,3,4]

The study involved patients of stages IIB and IIIB. Patients with these stages often may never attain an appropriate geometry for intracavitary brachytherapy (ICRT), owing to the bulky non-responsive parametrial disease. The authors have not mentioned the number of patients in either arm who could not undergo ICRT. In addition, what was the measure adopted in patients unfit for ICRT? If these patients were (by norm) boosted with external-beam RT (EBRT) or via interstitial brachytherapy, there needs to be a mention of the dose of radiation given.

The authors mention that 96% and 88% of the patients in the study and the control arms had experienced “complete pathological response.” This seems to be misleading as “pathological response” can only be confirmed by a post-treatment hysterectomy. We assume the authors have not inflicted such a morbid procedure after concomitant chemo–RT to their patients.

The “Table 2” of the article[1] is grossly incorrect – it mentions “0” patients of squamous cell carcinoma in the study arm (compared with 25 in the control arm).

Unless the authors clarify the above points of contention, their study holds little or no value.